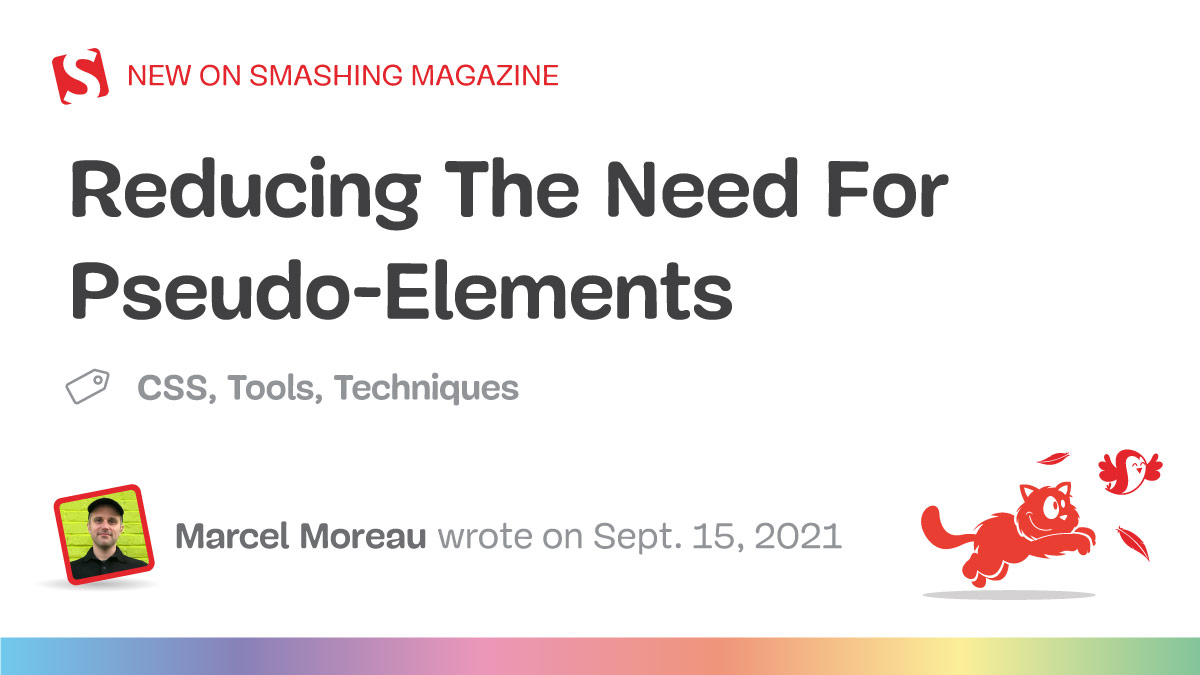 Reducing the Need for Pseudo-Elements-Smashing Magazine

Pseudo-elements have been helping front-end developers implement creative designs for years. Although it still has an important place, we can now leave pseudo-elements behind in some scenarios, thanks to newer CSS features.

Per die W3C specification, “A pseudo-element represents an element that does not appear directly in the document tree”. They have been around since version 1 of the CSS specification ::first-letter and ::first-line was introduced. The popular ::before and ::after pseudo-elements were added in version 2-it represents content that does not exist in the source document at all. They can be considered as two additional elements on which you can “fasten” their original element. When front-end developers hear ‘pseudo-elements’, we think of them ::before and ::after more often than not, as we use it in different ways to add embellishments to our elements.

There are additional pseudo-elements beyond this. They are listed in the specification in three categories: typographical, emphasizes, en tree-dwelling.

Interestingly, after years of web development, I never found it ::first-line, but it is quite neat and responds well to the size of windows! Look at that.

::selection is another pseudo-element that achieves a lot. When a user highlights text, the color of the highlight is a color that you specify.

Pseudo-elements use one colon in versions 1 and 2 of the CSS specification, but have two columns of version 3. This distinguishes them from pseudo-classes, which describe the state of an element. Pseudo-class uses a colon.

Pseudo-elements are not always necessary

More to jump! Read more below ↓

For years, we have been patiently waiting for browsers to use CSS technology faster. A turning point for many front-end developers came when some major players announced that they would discontinue Internet Explorer (IE11) support:

This has enabled many of us to explore newer CSS technologies more freely: CSS Grid, clamp(), background-blend-mode, and more. The state of CSS property support is excellent. And with upgradeable browsers, support accelerates.

Many front-end developers know how to use it ::before and ::after pseudo-elements and CSS boundary rules to create shapes. There are many generator tools dedicated to this – this is one which I made a bookmark. These tools guide you in choosing a shape (often triangles), and give you the right CSS rules.

Many of you who read this are used to a pseudo-element version:

Apart from these steps, our gliding styles need to consider both our nested element and pseudo-element. It may seem manageable to you, but the more complicated our button designs become, the more costly we have with hoover styles. Also with this version, word cover buttons simply fail.

It is much easier without a pseudo-element.

In the CodePen example, you change the --angle-width personal property of 2rem to another value to adjust the angle of our button accordingly.

Our hover styles only need to consider one element – our button. Word envelope buttons also work in a more graceful way.

Visit the last display to make these other button styles easier without pseudo-elements. In particular, the pseudo-element version of the blue slanted button is pretty brutal. The total work is significantly reduced, thanks to clip-path.

A sweep effect is a popular button style. I included left-to-right and top-to-bottom cloths.

This can be achieved by transitioning a pseudo-element’s transform.

Why worry about nested elements, positioning of pseudo-elements, stacking contexts and extended hover rules when it is not necessary?

We can reach for linear-gradient() and background-size to catch it.

That’s it. No nested element required. Do you want a vertical cattle? Just change the linear-gradient direction and the background-size values. I changed it via CSS custom properties.

This is a common pattern where a semi-transparent color overlays a tile / card. The tile of our example also has a background image. In this pattern, it is often important to maintain a fixed aspect ratio so that tiles look uniform when more than one appears in a set.

Some of the same things come into play with our pseudo-element version:

It can be much simpler thanks to the aspect ratio and background blend mode properties.

take note: aspect-ratio does not work in Safari 14.x but does in version 15.

That said, at the time of writing, caniuse call it with 70% + worldwide support.

Front-end development is exciting and fast-paced. With newer CSS features, we can wipe the dust off our old techniques and give it back. By doing so, the reduced and simpler code is promoted. Pseudo-elements are useful, but we do not have to achieve so much for them. 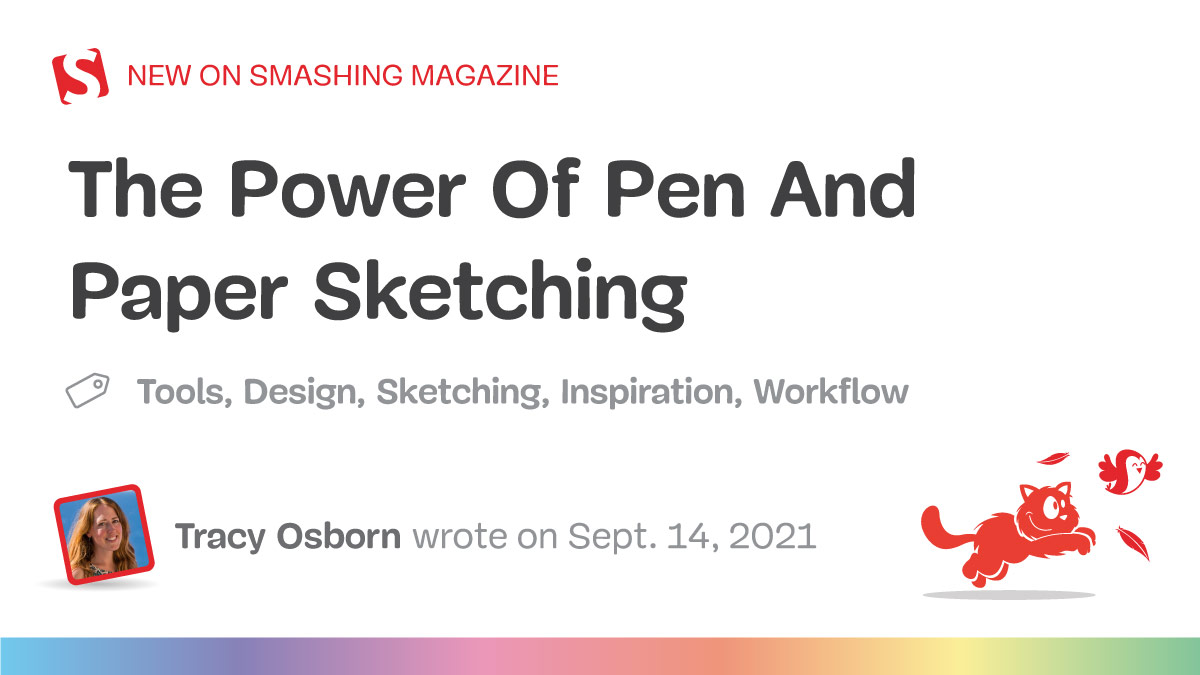 The power of pen and paper sketch – Smashing Magazine 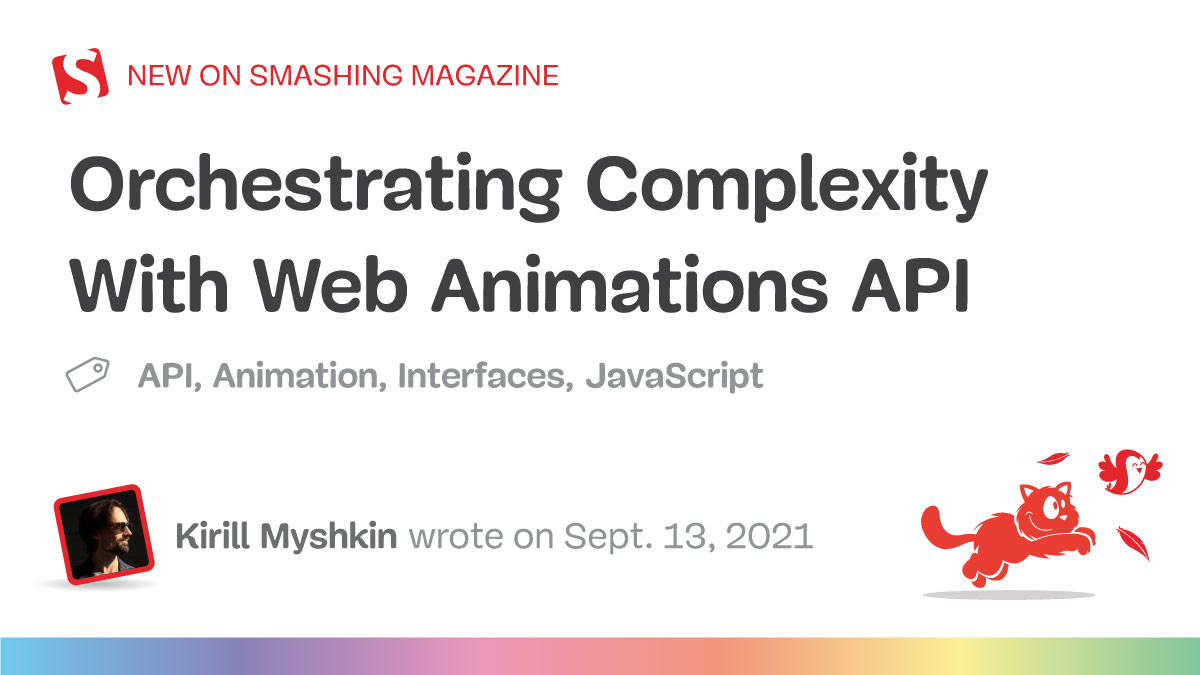 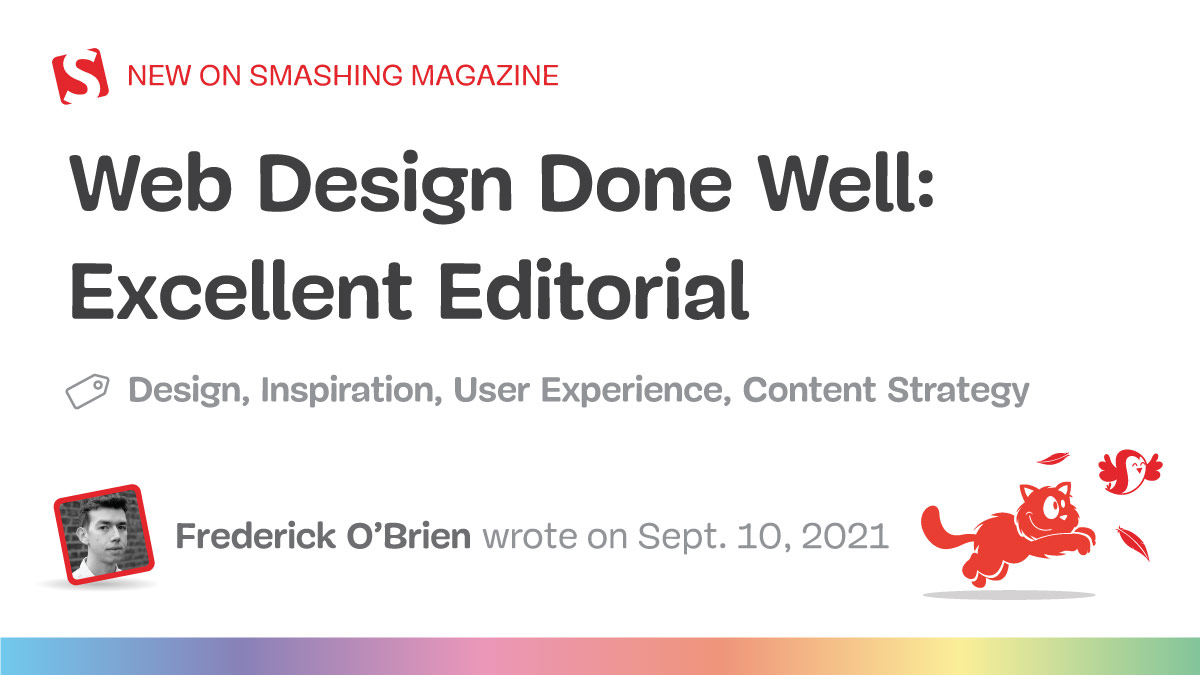