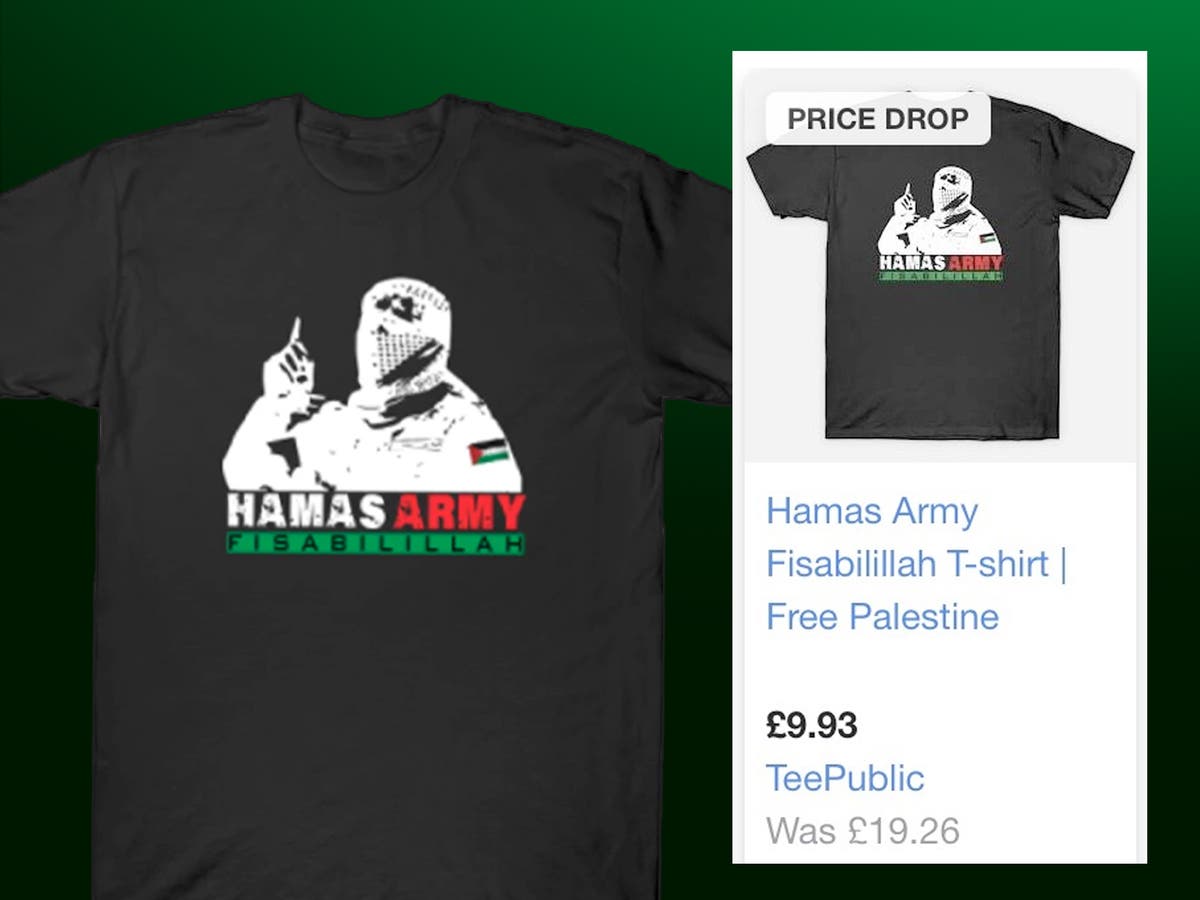 Google has been profiting from the sale of T-shirts glorifying Palestinian militant group Hamas by advertising the garments, it can be revealed, days after the UK government banned its political wing as a terrorist organisation.

The military arm of the Islamist group – which controls the Gaza strip and does not recognise Israel’s right to exist – has been proscribed in the UK since 2001, but the entirety of Hamas was designated a terrorist organisation last week.

The move, announced by Home Secretary Priti Patel in a bid to crackdown on anti-semitism, came into force last Friday. It makes it a criminal offence to be a member of Hamas or even wear clothing suggesting an individual is a supporter – those in breach of the law could be jailed for up to 14 years.

Despite this, The Independent found the internet giant has in the days since been displaying adverts for T-shirts bearing the message “HAMAS ARMY”, emblazoned with a picture apparently depicting a fighter from the terror group…